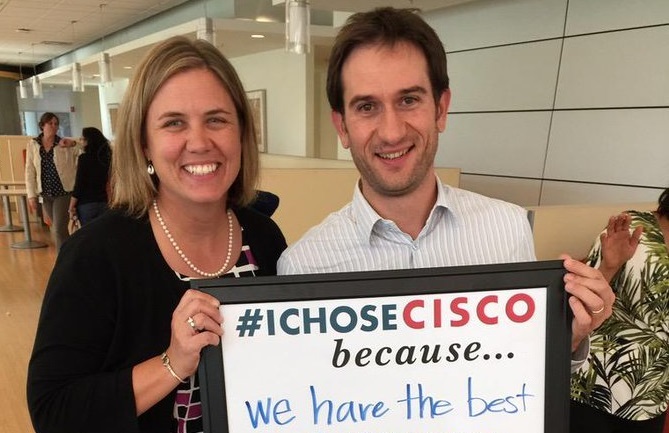 Gina Nienaber (left) Founder and CEO of Watch Me Lead.

A list showing the top cities for women in careers defined by an education focused on STEM — science, technology, engineering and mathematics — has no listings for the Palmetto State.

Gina Nienaber, founder and CEO of Watch Me Lead - a globally integrated digital media firm - and a technical marketing engineer at Cisco, told Palmetto Business Daily there are multiple explanations.

”I believe there are several reasons why South Carolina does not have any cities among the top-ranked U.S. Cities for Women Working in STEM,” Nienaber said.

• Traffic increases in Charleston, and lack of public transportation options are causing longer than expected commutes to work

• Unconscious gender bias in the workplace is a factor. Women in South Carolina hold less management positions at STEM companies than men

Commercial Café used data from the National Girls Collaborative Project, which reported that, while women make up about half the college-educated workforce in the country, they hold only 28 percent of engineering and science positions.

Women who are involved in STEM-related work are employed in social services jobs, as well as agricultural, biological and environmental careers. Nienaber said cities that have more women in STEM-related careers share several characteristics.

2. Strong technical colleges and universities where a diverse set of STEM studies are available and turn out qualified workers for urban tech companies.

3. The highest national wages for women in STEM jobs.

4. An average cost of living.

7. Collaboration between government (state and local), tech firms and universities to back STEM initiatives and urban and state programs.

”At Watch Me Lead we believe it starts with the quality of the statewide education systems for both Pre-K-12 as well as available university education in science, technology, engineering and mathematic disciplines,” Nienaber said. “According to US NEWS, South Carolina is ranked 41st in Pre-K-12 and 46th in higher education nationwide.”

She said STEM companies in top-ranked cities for women working in STEM rely heavily on the talent from geographically close schools, both technical colleges and universities, as well as high school graduates for non-degreed skilled positions.

“For cities in South Carolina who want to move up the in the rankings for best places for women to work in STEM careers, education shortfalls in STEM disciplines in Pre-K-12, universities and technical colleges will have to be addressed by local educational institutions and universities,” Nienaber said.

Another positive step would be to offer better pay for STEM workers, she said..

“Charleston has a booming technology industry but is just starting to increase the median income for workers in STEM,” she said. “The overall pay for STEM careers in South Carolina needs to match or be better than that of other leading states in the southeast, such as in North Carolina. If you want women to choose your city, you should pay the national average or above and pay men and women equally. Period.”

Nienaber said if they want change, local, state and federal leaders need to work with community activists and local business leaders to ensure quality-of-life issues are dealt with in a timely and effective manner.

“Lack of public transportation, pollution issues, sea level rise issues on the coast, increasing cost of rent and home prices are examples of quality-of-life issues where partnerships between public and private institutions and companies can work together to jointly improved quality life over time,” she said.

The reality is, Nienaber said, it’s a problem in many places other than South Carolina.

”The deepening STEM crisis continues to worsen across the globe. By 2030 there will not be enough men to fill the global need for STEM professionals,” she said. “Without enough men to fill the available engineering jobs, more women are needed. When we look at the female percent of select STEM undergraduate degree recipients in the United States, we find computer and information sciences dropped from around 37 percent in the mid-1980s, down to 19 percent today and holding steady.”

There are two factors to consider here, Nienaber said. Not enough women enter STEM jobs and many who do exit within two to five years. For that to change, both men and women have to work together.

She quotes philanthropist Melinda Gates, who said, “Women didn’t create the barriers in tech, and we cannot break them down alone. Male allies are absolutely critical in this work, and we’ll need more of them. But we can lead the way.”

Neinaber’s organization, Watch Me Lead, seeks to lead the way to solve the deepening STEM crisis by offering a diverse product portfolio set to engage, inspire, equip and partner with women across the age spectrum (from age 5-46+). She offers these ideas to get more women into STEM:

1. We can continue to offer opportunities in and after school to girls k-12 to expose them to computer science and coding.

2. We can support STEM girls’ clubs and summer camps.

3. We can continue to use creative techniques such as writing more creative stories, cartoons, movies and comic books where women in tech solve real-world problems..

4. We can support not just more females in STEM, but also address race and ethnicity in STEM.

5. We need to explain to girls the difference in the gender wage gap should they choose not to pursue a STEM career.

Nienaber said if more women don’t get into STEM, there will be the consequences. The economy is going to add a half million jobs in computing over the next decade and there will not be enough men to fill the jobs. This will put the digital economy at risk.

“Women will not have a seat at the table in the tech industry and they will not have power going forward,” she said. “Women will not be able to close their gender wage gap as quickly and effectively as they would if they don’t go into STEM studies. Money is power and over a lifetime a 10-30 percent wage gap closure could be the difference between being a millionaire or not.”

“We see examples of this already with some facial recognition software having difficulties recognizing women of color,” Nienaber said. “It’s not about the machine, it’s about who will be coding the machines in the future.”

Want to get notified whenever we write about CISCO ?

Sign-up Next time we write about CISCO, we'll email you a link to the story. You may edit your settings or unsubscribe at any time.