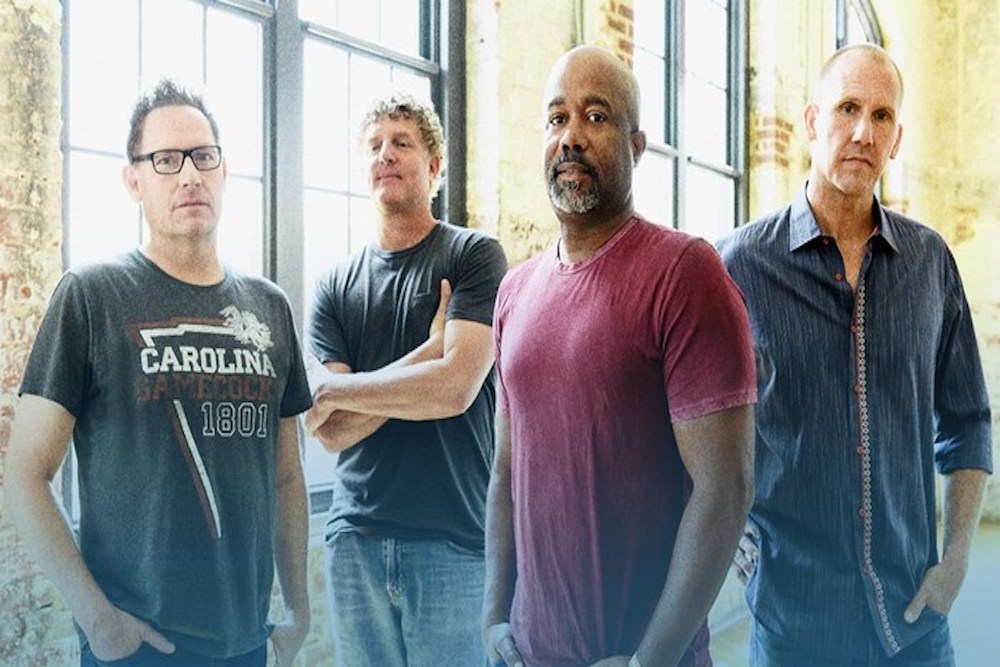 Darius, Mark, Dean and Soni, better known as Hootie & The Blowfish, is having a comeback tour sponsored by Visit Myrtle Beach, the Myrtle Beach Area Chamber of Commerce, the South Carolina Department of Parks, Recreation and Tourism, Golf Tourism Solutions and the Myrtle Beach International Airport.

Hootie & The Blowfish's 44-city "Group Therapy Tour" will be its first in almost a decade. Myrtle Beach is fully supporting the band with its presence at all of the band’s tour stops. The band will also be presented in commercials and marketing materials for the destination throughout the remainder of the year.

"Hootie & The Blowfish have been fixtures in Myrtle Beach for more than three decades, from the band's early days of playing small venues in our community to its current philanthropic efforts that have benefitted the Grand Strand," said Karen Riordan, president and CEO of Visit Myrtle Beach. "Partnering with the band on its comeback tour and helping to market the destination to Hootie & The Blowfish's fans makes sense, as Darius Rucker and the rest of the band continue to be true advocates of Myrtle Beach."

Hootie & The Blowfish is set to return again to Myrtle Beach next year for the band's 26th annual Monday After the Masters (MAM) Celebrity Pro-Am charity golf tournament.

The band will also be releasing “Imperfect Circle,” its first new album in 15 years this coming November.

Want to get notified whenever we write about Myrtle Beach Chamber of Commerce ?

Sign-up Next time we write about Myrtle Beach Chamber of Commerce, we'll email you a link to the story. You may edit your settings or unsubscribe at any time.