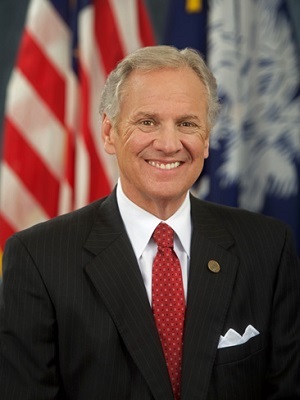 The Republican directed the South Carolina Transportation Infrastructure Bank (SIB) to support extending I-526 across Johns and James islands. The SIB, a corporate and governmental agency created when the Bank Act was signed in June 1997 to select and assist in the financing of major qualified infrastructure projects, committed to fund the Mark Clark Extension in 2006.

Back-and-forth over the project has been going on for decades. South Carolinians born when the original plan was conceived for the Mark Clark Expressway to include a connection between West Ashley, Johns Island and James Island in the 1970s are now approaching middle age. Charleston County voters in 2004 approved a referendum for a half-cent sales tax and $113 million in general obligation bonds for infrastructure and mass transit improvements. Two years later, Charleston County voters approved the issuance of an additional $205 million in general obligation bonds. A "new" half-cent sales tax was approved by Charleston County voters in 2016.

Over the years, that money has funded a number of projects, but the Mark Clark Expressway remains largely in the planning, environmental study and "what-if" stage, despite long-standing strong support from proponents who say the 7-mile extension would relieve the current traffic snarls. Completion of the project also would ease evacuation of James, Johns and Wadmalaw islands during hurricanes, and reduce traffic for tourists and residents to and from those areas at other times.

The latest proposed Mark Clark Extension project has been under consideration since Charleston County passed a resolution in December 2012 to move ahead with permitting, design, financing and construction. A tentative timeline for the project's environmental impact statement record of decision said that would be complete by summer 2015, but anyone who drives along that portion of I-526 knows there hasn't been much progress.

One longtime infrastructure proponent, the Trident CEO Council, is a group of low country executives who employ more than 10,000 in Berkeley, Charleston and Dorchester counties. The council has written government officials and lawmakers since the fall of 2015 in support of completing the I-526 extension.

"Our council is fact-based on our decisions to support issues that can improve the low country," the council said in a letter to then-Lt. Gov. McMaster in January 2017. "As you can see from our website, www.TridentCEOcouncil.com, we Stand for Improved Infrastructure, quality job growth, education and responsible government, to name a few. We believe that the extension of I-526 is a matter of 'when', not 'if'. We strongly support Charleston County and the City of Charleston in their desire to complete I-526 and identify local matching funds to move forward (with) this extension in a phased approach."

In a similar letter to board members of the SIB, the council said completing I-526 would be a real shot in the arm for Johns Island.

"Currently, Johns Island has only two roads in and out, which narrow to one lane each (Kiawah, Seabrook and Wadmalaw use the same two roads)," the council said in that letter. "We strongly believe the Mark Clark Extension needs to be finished - it is a matter of WHEN, not IF - especially as Metro Charleston grows to 1 million residents in the next dozen years."