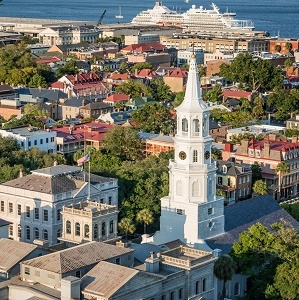 The Beach Co. drew on inspiration from Nashville, Greenville and Charleston.   File photo

The Beach Co. recently released the latest development updates for its Southeast region, an area that is growing increasingly popular for people to live, work and play.

To meet citizens’ growing demand for living as well as working areas that preserve historical charm, The Beach Co. drew on inspiration from Nashville, Greenville and Charleston. These are some of the best examples of modern spaces that also preserve historical taste. With these in mind, The Beach Co. will enhance some of the best markets in the area.

In North Charleston, The Beach Co.’s new area in Park Circle -- The Factor at Garco Park -- will be open to new tenants beginning early next year. There are 271 units in the complex that is meant to be a pedestrian-friendly, urban-living area based in East Montague Avenue’s retail district.

A third area is near the Cumberland River in West Nashville. This Bells Bluff community houses 402 units that have a “modern lodge” taste based on rural wooded areas by the river. This riverfront amenity package includes unsurpassable views of Bells Bend Conservation Corridor and the river.

Want to get notified whenever we write about The Beach Company ?

Sign-up Next time we write about The Beach Company, we'll email you a link to the story. You may edit your settings or unsubscribe at any time.