Charleston predicted to seize opportunity with the widening of Panama Canal 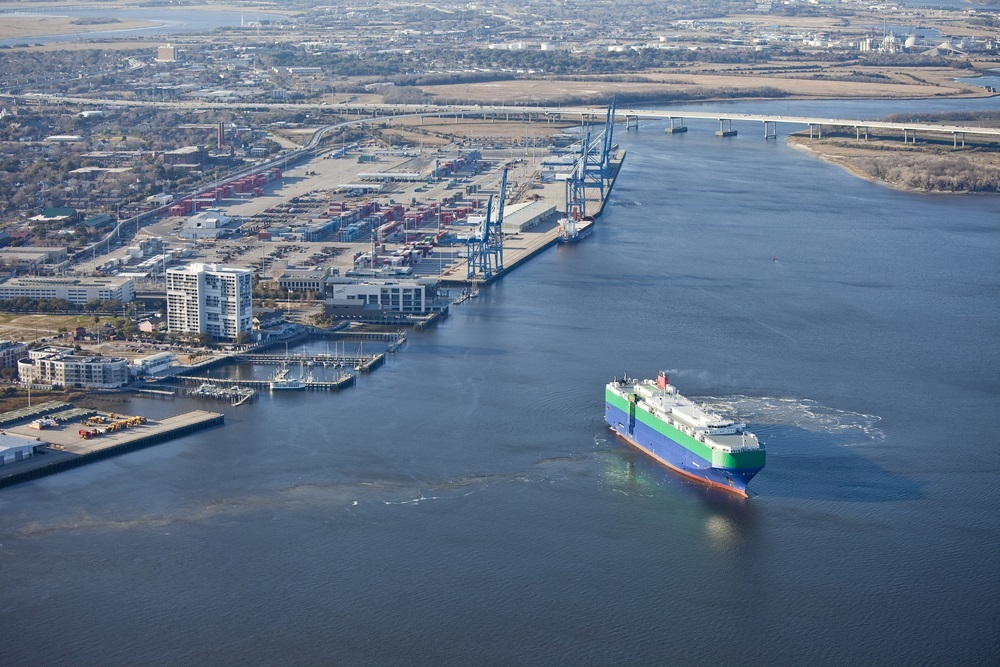 Charleston’s port has the potential to be a major hub for fresh fruit and vegetables when the widening of the Panama Canal is completed, according to the Charleston Metro Chamber of Commerce. This view echoes an upbeat forecast of the future of the city and region laid out recently to business and civic leaders by Kiernan Conway, senior vice president of credit risk management at SunTrust Bank. He believes the East Coast, and its ports, are set to flourish as more trade switches from the West Coast.

Conway, an expert on ports, believes South Carolina’s booming economy, the Panama Canal expansion, and congestion issues in Los Angeles/Long Beach will lead to big changes in the market shares of East and West coast ports. He spoke glowingly of the city and region at the recent World Trade Center Charleston International Trade Lunch, held at the Daniel Island Club.

Pennie Bingham, executive director of World Trade Center Charleston, said the widening of the canal “provides significant opportunities to attract businesses and logistics services.” “For example, Conway projected that Charleston has the potential for being a major hub for fresh fruit and vegetables coming from South and Central America, as it provides the closest gateway to U.S. population centers desiring such food without preservatives,” Bingham told CMCC News.

“As a result, the Charleston region would attract new refrigerated logistics facilities and value-added food processors,” Bingham said. “This would provide additional economic diversification from the growing aerospace and automotive manufacturing already underway in the Charleston region.”

Conway also pointed out, in his address to business leaders, that employment growth has been fastest in the Southeast, including Charleston/North Charleston. At 22.8 percent between 2009 and 2016, the area recorded the fifth-highest growth in the country. “Charleston has a diverse economy that is witnessing growth in most sectors,” Bingham said. “Large contributors to this over that time period have been the growth of Boeing and increased port activity.”

However, some supply chain logistics experts say that theory could be an example of over-excitement based on current trade volumes. “In South Carolina, you have a focus. You have a port leadership that got all of the maritime together and got the legislature together and said, ‘Look, let’s row the boat together for maximum efficiency,'” Conway told last month’s South Carolina International Trade Conference. “I travel to all of the ports across North America, and that is unprecedented.”

Conway described the competition between the ports as a relay race. “It’s not just about big ships and deep water,” Conway said, according to a report in the Post and Courier. “It’s also about crane. It’s about efficiency. It’s about trucking and the rail. How do you connect all of that and make it work seamlessly?” The Charleston region is doing the right thing to impact future opportunities.