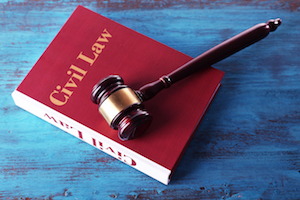 Horton Law Firm recently announced that it has added Andrew Arnold, an attorney based in Greenville, South Carolina, to its team of partners.

For approximately 25 years, Arnold’s expertise has included a variety of litigation issues concerning labor and employment law as well as business litigation. His experience in litigation is representing small business and individuals in state as well as federal courts.

Some of Arnold’s cases have been wrongful discharge, unpaid compensation, breach of contract, non-compete agreements, shareholder oppression, trade secrets, and wage and hour disputes. In addition, he represents families who have been victims of nursing home neglect and abuse.

“Andy is a well-respected and accomplished attorney here in the Upstate,” Bo Campbell, a Horton Law Firm partner, said. “We are certain he will be a valuable addition to our team.”

Arnold attended Furman University for his bachelor’s in political science. He graduated in the top 10 percent of his class from the University of South Carolina School of Law in 1992.

His previous experience includes management-side labor work. He began his own practice when he was 26 years old. For seven years, he has been featured as a Super Lawyer, which is an annual distinction that only the top 5 percent of attorneys earn in each state.

Want to get notified whenever we write about Horton Law Firm ?

Sign-up Next time we write about Horton Law Firm, we'll email you a link to the story. You may edit your settings or unsubscribe at any time.