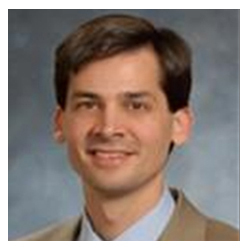 State Senator Shane Massey (R-25), an attorney in Edgefield, SC, has been elected as the selected as the new South Carolina Senate Majority Leader. Massey succeeds Sen. Harvey Peeler, who stepped down yesterday.

"Senator Shane Massey is an outstanding choice for Majority Leader," said South Carolina Republican Party Chair Matt Moore in a statement. "He is a principled conservative who will shake things up in the South Carolina Senate."

Massey is considered a pro-business legislator, having received a 100% rating from the South Carolina Chamber of Commerce in 2013.

He also is sponsor of a bill, SB 281, supported by the state and national business community, that would provide more transparency in contracts between the state attorney general and private contingency fee attorneys. The bill also would promote greater transparency in asbestos bankruptcy trust funds to prevent "double dipping" claims.

"Lawsuit abuse is a detriment to our state’s economy," Massey told Palmetto Business Daily last year. "I urge my fellow senators to work with me to ensure that all South Carolinians are protected from the abuse and manipulation of our justice system."

The asbestos litigation portion of Massey's bill is similar to a measure that was enacted in Utah last week. Arizona, Ohio, Oklahoma, Texas, West Virginia and Wisconsin also have recently enacted similar laws to bring transparency to the asbestos compensation system.

First elected in 2007, Massey represents Aiken, Edgefield, McCormick and Saluda Counties. He and his wife, Blair, have a daughter and reside in Edgefield