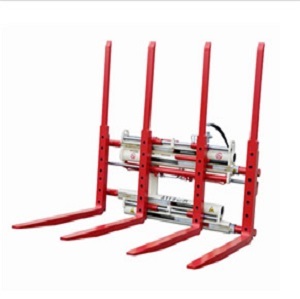 The $3.5 million project at the fork-arms manufacturing plant is expected to create 33 new jobs over the next five years.

“MSI-Forks has been present in the U.S. since 1994 and the new South Carolina manufacturing plant will help us to consolidate and expand our position in North America,” MSI-Forks CEP Caio Lima said.

MSI-Forks is an offshoot of British company MS International PLC. The company’s first facility in South Carolina, a distribution center, opened in 1994; in 2011 the company opened the manufacturing plant in Rock Hill.

The expansion will measure 40,000 square feet and will also be used as MSI-Forks’ North American headquarters. The facility is located in Rock Hill’s Antrim Business Park and is expected to be up and running by the second quarter of this year.

Those interested in the new jobs at the facility can get more information by emailing hr@msiforksinc.com.

Rock Hill Mayor Doug Echols agreed. “We are delighted that MSI-Forks is expanding in Rock Hill,” he said. “This will provide additional job opportunities for our citizens. Also, locating their headquarters here is another signal that our community is the place to be for growing and expanding companies. We appreciate this new investment in the future of our area.”

Want to get notified whenever we write about South Carolina Department of Commerce ?

Sign-up Next time we write about South Carolina Department of Commerce, we'll email you a link to the story. You may edit your settings or unsubscribe at any time.