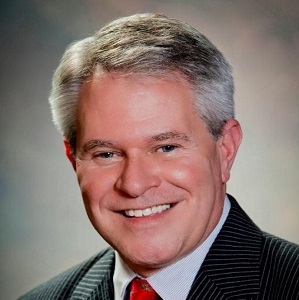 A new leader has taken his place at the North Carolina State Board of Community Colleges.

James C. “Jimmie” Williamson was recently tapped as the organization’s eighth president. Williamson has been the president and CEO for the South Carolina Technical College System for the past two years; he will begin his tenure with the North Carolina board on July 1.

Williamson, a 27-year veteran of the higher education field, was chosen from a pool of highly-qualified candidates for his experience in the business, education and economic development sectors. He now resides in Cheraw, South Carolina.

“We couldn’t be more pleased that he will be bringing his considerable talents to North Carolina and to our system,” said Presidential Search Committee chair Jerry Vaughn.

Williamson’s resume includes time as the leader of South Carolina’s apprenticeship program; he was honored by the South Carolina Association of Regional Councils in 2015 as its State Employee of the Year.

Want to get notified whenever we write about North Carolina Community Colleges ?

Sign-up Next time we write about North Carolina Community Colleges, we'll email you a link to the story. You may edit your settings or unsubscribe at any time.