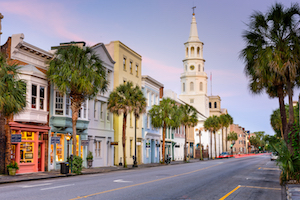 NAI Avant recently hosted its 2015 Awards Banquet in order to recognize and honor the achievements of the company’s top brokerage producers located in the Charleston and Columbia, South Carolina markets.

The Top Sales Producer for the Columbia office and Top Overall Producer for the entire company award went to Tom Milliken. Tom and his son, Tombo, also received awards for finishing the biggest, most challenging transaction in the 50-year history of NAI Avant.

“Tom, Dexter and Roger are invaluable members of our brokerage team,” Bruce Harper, president and broker-in-charge for the Columbia office, said. “Year after year, they set the standard for exceptional real estate services around the state. They are an integral part of our success, as we continue to lead the commercial real estate market in South Carolina.”

All of these recipients were part of the company’s overall robust performance, which included work from the whole team of brokerage professionals at the company. Eight brokers earned “Gold” standing, two earned “Silver,” and two others earned “Bronze."

Lastly, Traci Tasca, the CFO of NAI Avant, earned the 2016 President’s Award for her commitment to the firm and providing excellent customer service.

Want to get notified whenever we write about NAI Avant ?

Sign-up Next time we write about NAI Avant, we'll email you a link to the story. You may edit your settings or unsubscribe at any time.