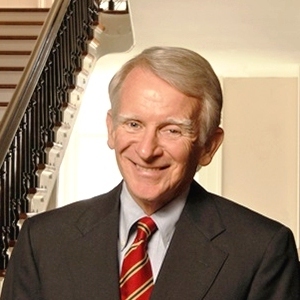 In his new capacity Riley, who holds the record as longest-serving mayor of a major U.S. city, will oversee policy on housing, sustainable development and decisive land allocation. Long recognized as a leader in urban revitalization issues, he was the first to be awarded ULI’s J.C. Nichols Prize for Visionaries in Urban Development in 2000, marking yet another milestone for the civic leader.

“We are very fortunate to have Mayor Riley offering us his considerable wisdom on building communities that are prosperous, resilient, and highly livable,” ULI’s global CEO Patrick Phillips said. “Through his leadership, Charleston achieved an urban revival that has set the standard for many cities throughout the United States…[demonstrating] how the public and private sectors can work together to advance the common good. Mayor Riley is a tireless and persuasive advocate of enlightened urban development policies and practices.”

Concurrently serving as a visiting professor at the Citadel-the Military College of South Carolina, Riley is also the first to function as the eponymous Joseph P. Riley Jr. Chair of American Government and Public Policy in the college’s department of humanities and social sciences.

Established in 1936, ULI publishes UrbanLand, the magazine of the Urban Land Institute.

Want to get notified whenever we write about Urban Land Institute ?

Sign-up Next time we write about Urban Land Institute, we'll email you a link to the story. You may edit your settings or unsubscribe at any time.