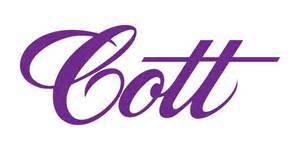 Cott Beverages of Greer, South Carolina, is expanding it operations in Greenville County by adding a new warehouse and distribution center -- a $10 million investment.

Cott is headquartered in Tampa, Florida and began in 1955 as Cott Beverages Ltd. Today, the company operates approximately 60 manufacturing facilities and 180 distribution sites worldwide, which employ more than 9,000 people.

“We are grateful to the Greer Development Corp. for supporting this initiative upon its conception two years ago," Cott Beverages Plant Manager William Wise said.

Fruit and vegetable juices are produced at the Greer plant. The 190,000-square-foot expansion will be erected near Cott's existing facility. Construction began in September.

Want to get notified whenever we write about Cott Beverages of Greer ?

Sign-up Next time we write about Cott Beverages of Greer, we'll email you a link to the story. You may edit your settings or unsubscribe at any time.